Event Summary
In 2005, NewTown commissioned six outstanding experimental animators and six poets to create six new collaborative works ranging in subject from political activism to sexuality, aging and patriotism.   The resulting works, along with other new work by the twelve virtuosi of words and images will premiere on October 20.

Details About Selected Artists And Their Work (Those Not Included, Available Upon Request)

“Quinny” is a humorous interactive animation/performance work about Alzheimer’s, as seen through the eyes of the family cat, and her caretakers. “Quinny’s” unique structure allows the audience to choose the direction of the narrative. Each section ends with a choice point; the audience decides whose version of reality they would like to explore.

Dorian Sanae Merina was born in Los Angeles and grew up in the South Bay. He has performed at venues around L.A, including Self-Help Graphics in East L.A., the University of Southern California, the downtown California Plaza and the J. Paul Getty Museum. He has been a guest speaker at UCLA, the University of the Philippines, and the National Writer’s Workshop in Wilmington, Delaware and has been a featured poet on the KPFK radio program, “Inspiration House.”

He is a co-producer of the full length cd, In Our Blood: Filipin@-American Poetry and Spoken Word From Los Angeles, released in 2000 by the LA ENKANTO KOLLECTIVE. In 1999, he earned the inaugural Balagtasan Poetry Slam Champion title at the Festival of Philippine Arts and Culture held in San Pedro, CA. He is a co-creator of the independent short film, Balikatan: Shoulder 2 Shoulder?, a look at the recent U.S. military involvement in the southern Philippines and is the author of two books of poetry, Stone of the Fish and The Change-Giver, released by Rosela Press in the Winter of 2003.

Jeffrey McDaniel is the author of three books of poems: Alibi School, The Forgiveness Parade, and most recently The Splinter Factory (all by Manic D Press). His poems have appeared in Best American Poetry 1994, Legitimate Dangers, New (American) Poets, The Outlaw Bible of American Poetry, and dozens of other anthologies and journals. He has read his poems through the United State and in ten countries internationally, including Argentina, France, England, Czech Republic, Sweden, Austria, Germany, Canada, Holland, and Greece. Recently a translated volume of poems, Katastrophenkunde, appeared in Germany (Lautsprecher Press). A recipient of grants from the NEA and the Washington DC Commission for the Arts, he teaches creative writing at Sarah Lawrence College in New York.

Nick Fox-Gieg is an animator and theatrical designer living in San Francisco. His short films have been shown at the Rotterdam and Ottawa film festivals, at the Centre Pompidou in Paris, and on Canada’s CBC TV.

His theatrical video projections have been featured in the Festival d’Avignon production Boxed In and the Broadway musical Squonk; he’s performed his live sound and video works at the Paradiso in Amsterdam and the Redcat Theater in Los Angeles. He’s received three U.S. state Media Arts Fellowships, and was awarded a Fulbright grant in 2006.

Fox-Gieg is originally from Huntington, West Virginia. He got his MFA from CalArts in 2004, and his BFA from Carnegie Mellon University in 1999.

Christine Panushka’s animated films have won numerous awards at festivals throughout the world.  She currently is a Professor in the animation department at University of Southern California.  Prior to that, she was Associate Director of Experimental Animation at Cal Arts.  Her most recent project, commissioned by Absolut Vodka, has brought 12 of the finest experimental animators in the world to over 750,000, via her Web Site, Absolut Panushka (http://www.absolutvodka.com).  In addition to her many artistic accomplishments, she is a tireless crusader for arts education for young people.

Lewis Klahr has created a signature style that uses shadows, stillness, and staccato movements as an expressive language in experimental film and collage. One-person shows of his work have appeared across the country including at the Museum of Modern Art (New York), the Whitney Museum (New York), the Carnegie Museum (Pittsburgh), and the Museum of Fine Art (Boston). His grants include fellowships from the Guggenheim Foundation, National Endowment for the Arts, and New York State Council for the Arts (1995/93/89/86).

has toured across America sharing her words on the Chicks in Arms tour, on the SlamAmerica tour, and solo;

has self produced 2 cds, “PoeTTrY MOUTH” and her latest one, “word to the WHY?S”;

has had her poetry appear in various book anthologies like “So Luminous the Wildflowers” (Tebot Bach Press) and compilation CDs like “Luca Moved Upstairs” (Rosemary Records);

performs her own one-woman poetry performance piece, “Haunted by want/guided by Don’t-need”;

was a member of the 2001 Long Beach Slam Team (west coast regional champs);

was a member of the 2000 Hollywood Slam Team;

performed her poetry for HBO’s Def Poetry Jam, BET’s The Way We Do It, ABC’s Eye On L.A., and more;

Waving the Flag is a three minute film about patriotism, the flag, and what it means to be an American. Using manipulated live action and digitally painted images, politics and consumerism are explored from the point of view of an ambivalent patriot.

Harryette Mullen teaches English and African American Studies at UCLA. She has been a visiting faculty member at Callaloo Writers Workshop, Cave Canem Poets Workshop, Idyllwild Summer Arts, Napa Valley Writers Conference, Naropa University, and a visiting writer and scholar at many other universities and arts institutions. Her poems, short stories, and essays have been published widely and reprinted in over forty anthologies. Her work has been selected twice for the annual Best American Poetry anthology series edited by David Lehman with guest editors A.R. Ammons and Robert Hass. She is a recipient of a Katherine Newman Award for Best Essay on Multi-Ethnic Literatures of the United States and a Gertrude Stein Award for Innovative Poetry. Her poetry is included in the latest edition of the Norton Anthology of African American Literature and has been translated into Spanish, French, Polish, Swedish, Turkish, and Bulgarian. She is the author of six poetry books, most recently Blues Baby (Bucknell, 2002) and Sleeping with the Dictionary (University of California, 2002). The latter was a finalist for a National Book Award, National Book Critics Circle Award, and Los Angeles Times Book Prize. In 2004 she received a grant from the Foundation for Contemporary Performance Arts and in 2005 she was awarded a fellowship from the John Simon Guggenheim Memorial Foundation. Her poetry collection, Recyclopedia is forthcoming in fall 2006 from Graywolf Press.

Sheila M. Sofian, a Guggenheim Fellowship and National Video Resources (NVR) Media Arts Fellowship recipient, has produced five independent animated films. She has received grants from the Roy W. Dean Film Grant, the Pennsylvania Council on the Arts, the Women in Film Foundation and the Pew Fellowships in the Arts, as well as a residency at the MacDowell Colony. Her award-winning films have been shown at numerous international and domestic film festivals, and have been televised on WHYY’s “Independent Images”, WYBE’s “Through the Lens” and WTTW’s “Image Union”. Her films are distributed educationally and in home video markets. Sheila is currently Chair of the Animation Program at College of the Canyons in Santa Clarita, California. Beginning in August 2006 Sheila will be working as a Visiting Associate Professor at the University of Southern California.  She holds a BFA from the Rhode Island School of Design and an MFA from the California Institute of the Arts.

Directions To The Wells Fargo Theater At The Autry Center 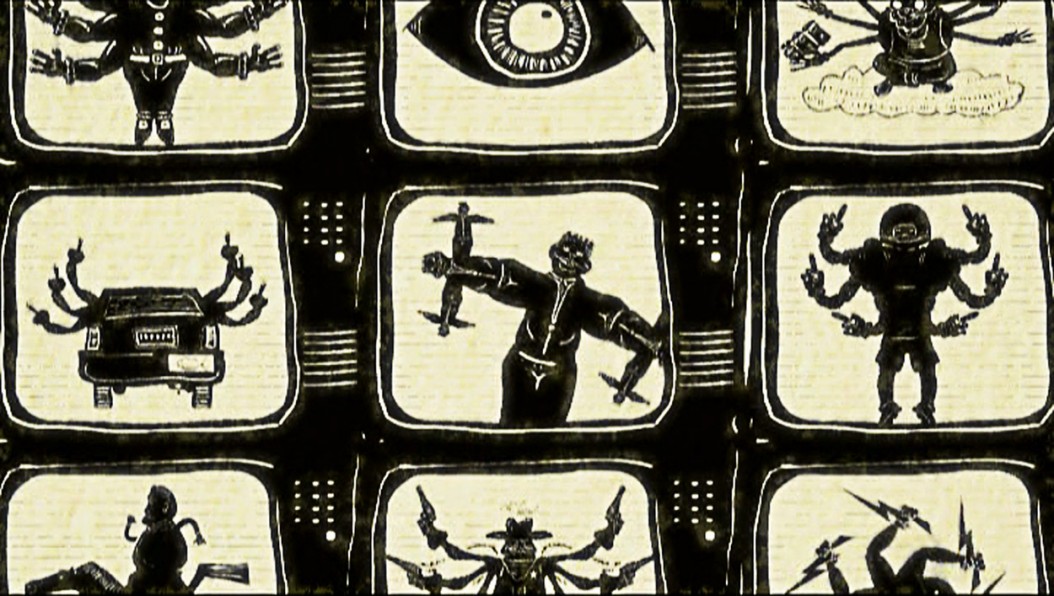 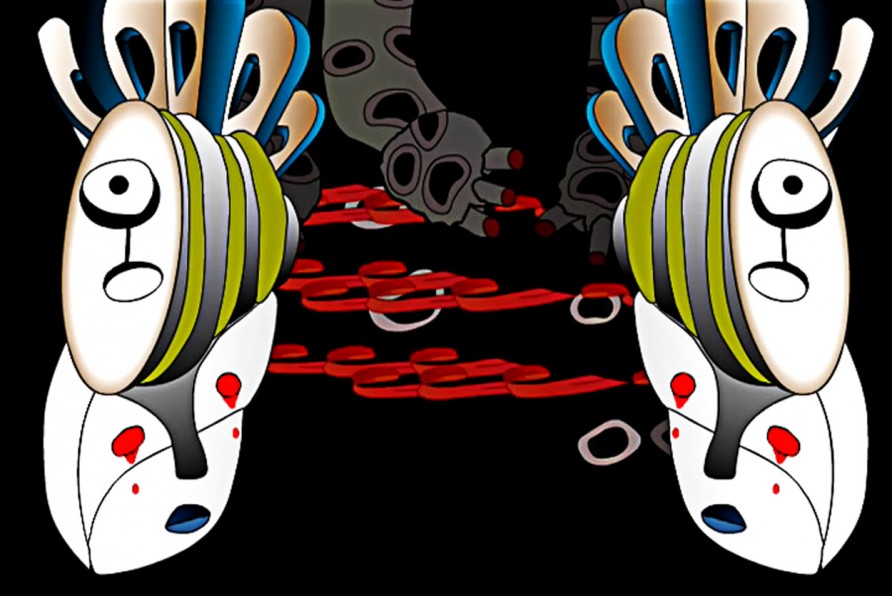