in conjunction with steve roden: in between, a 20 year survey

In one of NewTown’s most ambitious gallery shows, eleven digital natives and media pioneers appropriate the ubiquitous tools of media into cutting-edge, highly personal, curiously accessible experimental art forms. Convergences seamlessly integrates media with sculpture and installation in a cumulatively immersive experience, a multi-station journey through a labyrinth of experiences, interactions, aesthetics and technologies, from garage pillaged elegance to experimental circuitry, guaranteed to stimulate eyes, ears and imaginations.

Convergences is made possible by grants from The Pasadena Art Alliance, National Endowment for the Arts, and the Pasadena Arts & Cultural Commission and the City of Pasadena Cultural Affairs Division

Nancy Buchanan and Ismael De Anda
Nancy Buchanan began using video as a natural extension of performance and installation in the late 1970s. Her works, which are often socio-documentary with a wry sense of humor, have been exhibited and screened in the U.S., Europe, and Korea, including at the Museum of Modern Art (NY), the New Museum (NY), The Getty Research Institute, Los Angeles, CA, The Centre Pompidou, Paris, the American Center in Paris, Ars Electronica (Linz, Austria), and Steirischer Herbst, (Graz, Austria). She received four NEA Artist Fellowships to support her work in New Genres, Performance, and Video. In 1996 she received a Rockefeller Foundation Fellowship to complete Developing: The Idea of Home, an interactive CD-ROM examining the notion of “home” in the context of the politics of land use. She is on the Film/Video faculty of California Institute of the Arts, where she has taught video since 1988. She also produces mixed-media work, drawings, and digital prints on paper and fabric.

Buchanan was an original member of F Space Gallery in Orange County, and participated in various artist-run organizations such as Grandview I & II Galleries at The Los Angeles Woman’s Building, later continuing her involvement with feminism and art through Double X; she also served on artists’ committees at LACE. She was a co-producer of CLOSE Radio with artist Paul McCarthy and has curated various exhibitions.

Claudia Bucher
Claudia Bucher is a Los Angeles based multimedia visual artist whose work often combines durational performance with sculptural installations to explore ideas about the ‘extended body’. She recently completed a two-year teaching stint as Avnet Artist-in-Residence in Sculpture and Media at Brandeis University in Waltham, Massachusetts. She has an MFA from Art Center College of Design, has studied at RISD and MIT’s Center for Advanced Visual Studies. She is the recipient of a ‘06 Individual Artist (COLA) Fellowship from the City of Los Angeles and has exhibited with the Boston Cyber Arts Festival, The Charles River Museum of Industry and Innovation, the Getty, The American Textile History Museum, The Armory Center for the Arts, Carl Berg Projects, LACE, Track 16 Gallery, L2Kontemporary and many other LA venues. She is currently attending the Kaus Australis Artist Residency in Rotterdam, Netherlands and will be contributing to the upcoming City of Santa Monica Glow Festival in September 2010. 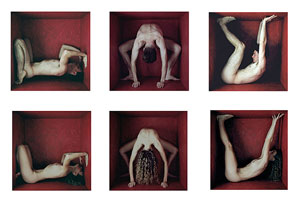 Derr’s work has been featured in ASPECT: The Chronicle of New Media Art, with commentary by Bill Arning, who finds Derr’s Chance suggestive of those who studied with John Cage stating, “that sort of chance based response seems very much at play in Derr’s work,” appeared in the New York Times in which William Zimmer stated, his “piece is reminiscent of the performance artist Chris Burden,” Art Papers, and for trAce, Susan Sakash wrote his, “video/performance pieces often echo the preoccupations of conceptual artists such as Vito Acconci and Lucas Samaras.” Lectures on his work and allied topics range from the Victoria Independent Film & Video Festival, Museum of Fine Arts, Houston, to the University of Wisconsin-Madison. He has received awards for his work from the Lower Manhattan Cultural Council, Ohio Arts Council, among others, and for his pedagogical research, two grants from Battelle Endowment for Technology and Human Affairs. Derr holds an MFA from the Rhode Island School of Design, and while studying at RISD, he interned for the Rhode Island Senate and Museum of Modern Art. 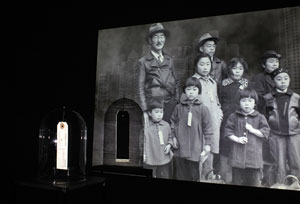 Heidi Kumao – www.heidikumao.net
Heidi Kumao is an interdisciplinary artist who creates video and machine art to explore ordinary social interactions and their psychological undercurrents. Emerging from the intersection of sculpture, theater and engineering, her “performative technologies” generate artistic spectacle in order to visualize the unseen: psychological states, emotions, compulsions, thinking patterns, and dreams. These works are designed to re-enact an event, perform a task for the viewer, or mediate her roles as a woman. Using a range of tools, she creates kinetic and electronic sculpture, interactive installations and digital animations. She is currently an Associate Professor in the School of Art and Design at the University of Michigan, Ann Arbor.

Katja Loher – www.katjaloher.com/english.htm
“I orchestrate language, movement and video into sculptural forms that transport the audience through narrative concepts, imaginary worlds and visionary ideas. The multidisciplinary seeks to fuse the exterior objects with the expression of an inner imagination.

Posing the possibility of a planetary identity, I imagine a new vision of our global selves that incorporates both the infinite largeness of the universe as well as the infinite smallness as interrelated entities.

As an artist, I use models to create my own observations and experiments in nature. My constructions are ironically an invitation to engage a fantastic version of what is real- and of what can potentially be.

Viewed from above, the clusters of bodies that begin to form words and questions which elicite utopias and dystopias that reflect contemplative

about contemporary issues between the natural planet and the human population.

By creating choreography in the bird’s eye perspective I intend to remove the viewer from his or her place. While offering an outside perspective to planet earth I reposition the audience as observers. I suggest that changing one’s perspective attempts to dissolve conditioned thinking patterns, prejudices, and investigates new ways of thinking.

A consistent practice in my work, asking questions allows me to communicate concerns against the status quo through metaphor in a reliable artistic syncretism.”

Lisa Mann
Lisa Mann is a visual artist. Since the early 80s, she has created and exhibited socially themed, installations, performance artworks, sculptures, and experimental films meshing live-action and animation. Some of her themes are the NRA and it’s exploitation of children; homelessness; the Rodney King police beating; motherhood and breastfeeding as a member of the artists collective M.A.M.A; and domestic violence. The current installation investigates a clumsy and humorous intrusion of technology into a “nature” experience.

Since 1998, Lisa has taught MFA animation students as an Instructor of Cinema Practice at the USC School of Cinematic Arts, John C. Hench Division of Animation & Digital Arts (Hench-DADA). Her under-the-camera class explores stop motion techniques like claymation, sand, cut-outs, paint-on-glass, puppet, and rotoscope. Lisa is also the Exhibitions Director of Hench-DADA, overseeing and producing all screenings and exhibitions of student-animated films, videos, installations and performances. Prior to USC, Lisa taught animation and art to at the Armory Center and the California State Summer School for the Arts (CSSSA). In 1994, she curated the fall season at the Los Angeles Filmforum, serving as its projectionist from 1991-1994. For two years, she had the opportunity to create visual FX for the legendary, experimental filmmaker Pat O’Neill, as his optical printer operator.

Lisa has served on the Board of Directors of NewTown Foundation since 1995. She is the creator of NewTown’s “Reels On Wheels”, a mobile drive-in, experimental movie series. She received her MFA in Experimental Animation from CalArts and her BFA in Art from Brown University. Her MFA thesis film “Seven Lucky Charms” received a Student Academy Award and has been screened at numerous domestic and international film festivals. She received a Rockefeller Foundation Film/Video Fellowship, an Annenberg Foundation Independent Media Grant, and a Brody Media Fellowship Grant. 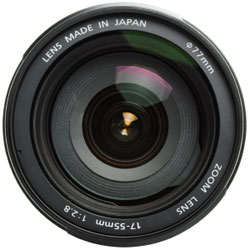 Steve Shoffner – www.steveshoffner.com
Steve Shoffner is an artist/designer based in Los Angeles, California. In 2003, he received his Masters of Fine Arts from Claremont Graduate University with an emphasis in photography and digital media. He is currently founder of fefifolios, a design lab creating online portfolios for artists and galleries. He is an active collaborator with The League of Imaginary Scientists.

Outside of his design work, Steve exhibits his art projects in public environments and galleries when invited. His interactive installations combine performance and video to create illusions that manipulate the perceptions and expectations of his audience. His work aims to reenact humorous scenarios where technology leaves us bewildered and disconnected. He continues to be inspired by the peculiarities that surround us, and are often overlooked.

Rachel Siegel – www.radiantflux.com
“My artistic work investigates social and political concerns as well as feminist themes. My art practice incorporates photography, digital prints, video, fabric, artist’s books and installation pieces. I draw on autobiography in much the same way that Second Wave Feminists used the personal to address patriarchal power structures. In my work I weave together multiple interests, often using humor and playfulness to investigate issues that are significant to me (including body, family, health, labor and wealth). Initially I worked in collage, photography and mixed media. In the mid-1980s my process was transformed by access to DIY technology: the availability of copy machines and desktop publishing. The current digital media revolution plays a notable role in the way my art is made and viewed. My work and the process of making it have been transformed by technological and cultural shifts with access to new media.” – Rachel J. Siegel, Dec 20, 2009

Trixy Sweetvittles
Trixy Sweetvittles is an independent animator, filmmaker, visual and performing artist. Her films “La Mujer Lagartija” and “Mermaids and Pickles” have screened at numerous venues including the Ann Arbor Film Festival, the Holland Animation Festival and San Francisco Cinematheque. In 1998, her puppet show “Pudinella Parsnip” was showcased in the Jim Henson International Puppetry Festival. In 2001, she curated The Sweetvittles Wild and Wooley Animation Festival, a showcase of current independent animated films. The festival toured ten cities in the US and Canada. Trixy received an MFA in experimental animation from California Institute of the Arts in 1996. Her industry experience includes serving as animation director for the Nickelodeon television series Blue’s Clues. She has taught animation, film and digital video classes and workshops at Parsons School of Design, Cal State Northridge and Austin Cinemaker Coop. For the past two years, she has chaired the Animation Department at the California State Summer School for the Arts. 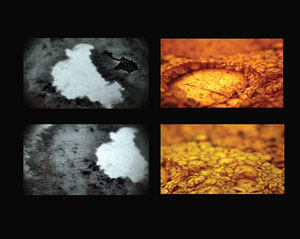 Laura Yilmaz
Originally a native of Boston Massachusetts, Laura Emel Yilmaz now lives and works in the Los Angeles area. A filmmaker, animator, and visual artist, her work has been exhibited in festivals nationwide, including the Ann Arbor Film Festival and Boston International Film Festival, where her short film “Lev” won best animated short of 2009. Laura graduated with a BA from Harvard University in 2004 and an MFA from the University of Southern California in 2010, where she was an Annenberg Fellow. She continues to explore the notion of non-linear narrative across multiple media, with a particular emphasis on integrating animation, photography and sculptural elements. 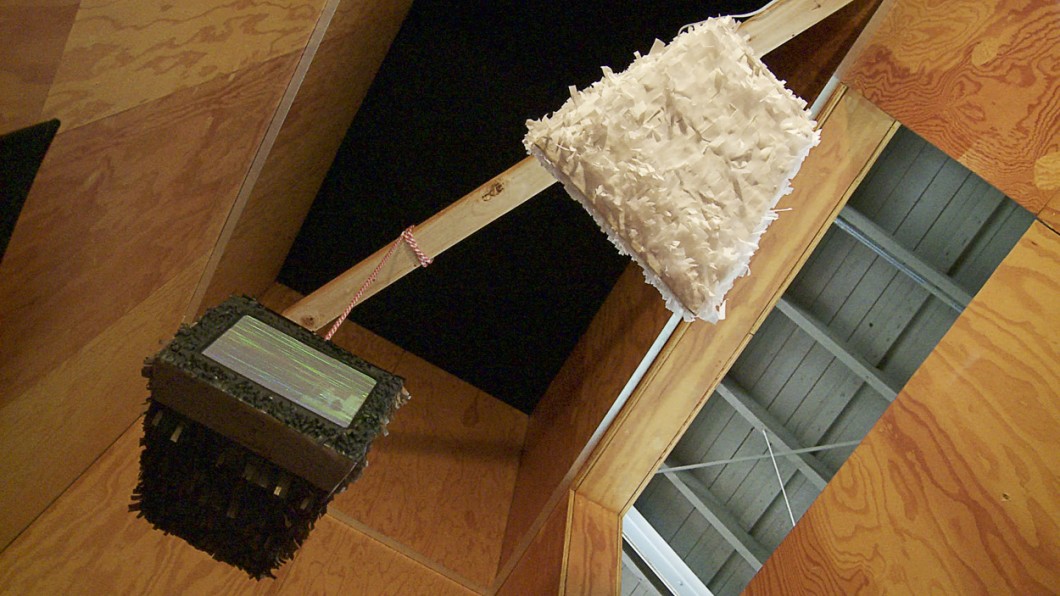 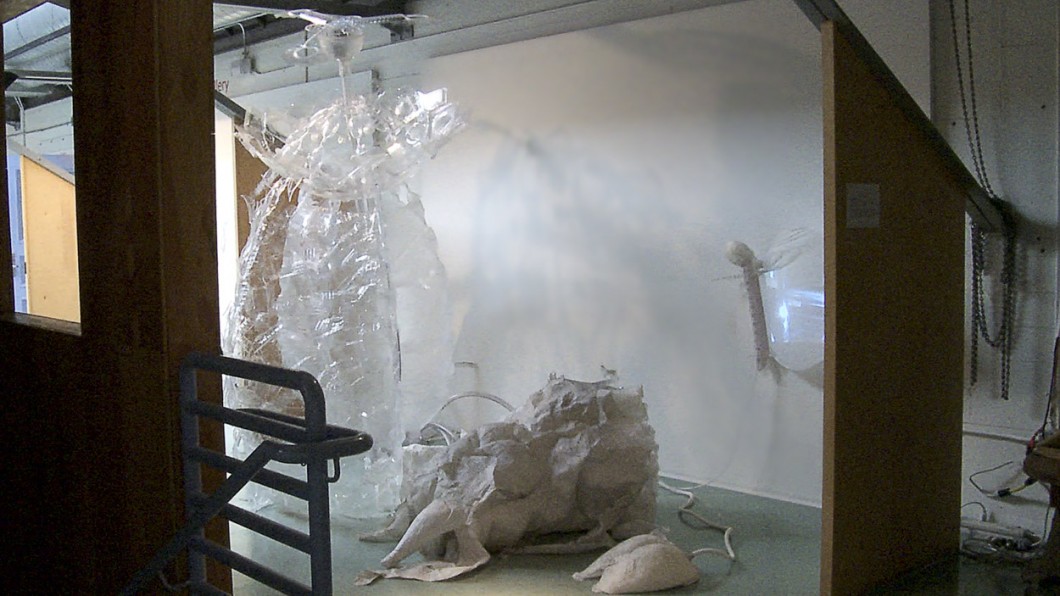